Throughout my life, I’ve fluctuated between ripping through books and then finding myself in a months-long literary drought. Every time I get back into reading I ask myself why I ever stopped. To avoid perpetuating this terrible cycle, I’m committing to reading 52 books in 2018.

Here’s the thing, books can be pretty pricey. Let’s say your average book costs $15.00. Multiply that by 52 and you’re looking at an investment of over $2,500. You see my problem. The only way this challenge is going to work is if I can find a way to read books without paying for them. 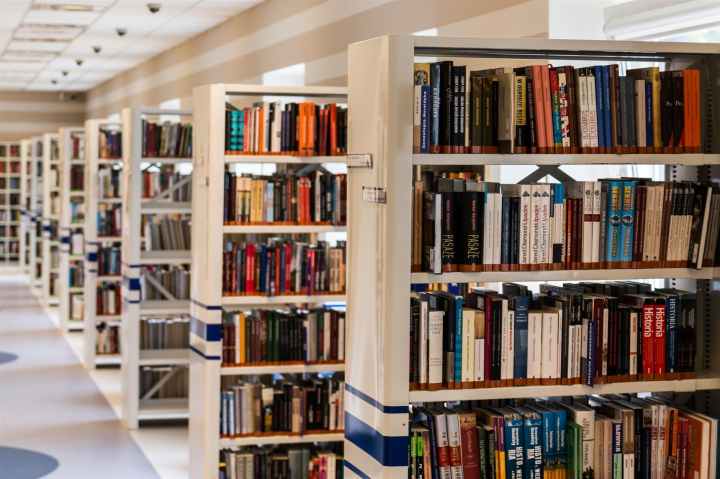 There are libraries all over town, but many are quite small. Christchurch’s central library is being rebuilt after the old library was closed in the aftermath of the 2011 earthquake.

Pro Tip: If you prefer to listen to your books or read on a kindle they also offer ebooks and audiobooks depending on your needs.

The Christchurch library system differs in a few key ways from any other library system I’ve used. The most important difference I’ve observed is the system for reserving books, where to get on a waitlist for books in high demand costs $3… per book.

Now here’s the kicker. If the book is available at a different location, there’s an additional $3 fee for it to be transferred to your local library. This has been a bit challenging for me since I am trying to avoid spending money but also still easing myself into driving in New Zealand.

Luckily I’ve always been able to find at least one book from my reading list on the shelves, but some more popular books have waitlists with over twenty people on them. I may have to suck it up and pay the three dollars.

As a lover of sci-fi and historical fiction, I’ve sometimes stayed too close to my wheelhouse. Being a well-rounded reader is important to me so I’ve made a point to include mysteries, nonfiction, memoirs, the classics, etc. No genre is off the table.

These are the books I read in January: 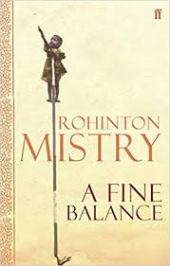 I decided to ease myself into the challenge with something short and light. Chick-Lit seemed like the perfect place to start. How to Start a Fire focuses on three women who meet in college and follows their friendship in the decades that follow. The story won’t rock your boat, but it is nice to read something that tackles the complexity of female friendship. This is a perfect pool/beach book.

This book takes place in mid 20th Century India, capturing the horrors of Indian slum life following independence from the British. As someone with a shamefully small understanding of Indian history, I felt like I was being introduced to a whole new world bursting with rich cultural heritage. Coming in at over 700 pages (with small print) this is one of the densest books I’ve read in a long time (that isn’t Harry Potter) and it took me over the allotted one week to complete.

The stories of the main characters are tied together beautifully, like strips of fabric woven into a complex tapestry.  I was so invested in the characters’ lives that I was utterly devastated by Mistry’s final chapters. I still find myself thinking about this story, weeks after finishing it.

A fan of the great outdoors and in need of something light after A Fine Balance, I was happy to dive into Bryson’s accounts of walking the Appalachian Trail. It can get a bit preachy sometimes but I was definitely left itching to do some big walks myself. Luckily, New Zealand’s got one or two that might do the trick…

Not a long read, but a powerful one. I was quickly sucked into the story by the protagonist Ginny, a recently adopted young girl with autism. I wasn’t surprised to discover that the author, Benjamin Ludwig,  had adopted a child with autism, it easily explained his deep understanding of Ginny’s unique voice.

If Rohinton Mistry introduced me to India, Bryce Courtenay gave me quite the introduction to Apartheid South Africa.  Courtenay explores the complicated and often dark legacy of the Dutch and English settlers in South Africa and how this led to the violent political climate of the early 20th century (I’d recommend reading up on the Boer Wars for context). Following Peekay on his journey, you watch as he is exposed to the injustice of institutional racism for the first time and refuses to accept the status quo. It’s an inspiring story that will leave you wanting more.

One month in and I’m right on track. My favorite side effect of this challenge has been watching less TV. It’s also been a great way to fill the hours after work when Pete is studying his aviation stuff and spending time on the flight simulator.

Let me know if you have any more book recommendations and I’ll add them to my list!